​The British LGBT Awards will publish the headline findings and a summary report of the LGBT+ <25 survey, before meeting with the Advisory Board and Steering Council to review the findings and set out the next steps to take in response.

​This survey was put together using the work of:

The aim of the British LGBT Award’s LGBT+ <25 survey is to obtain data that would allow a better understanding of the habits, perceptions and behaviours of self-identifying lesbian, gay, bisexual and transgender (LGBT+) people under the age of 25. The survey will collect data anonymously through a range of questions about young LGBT+ people’s experiences including:

If you grew up in the latter part of the 20th century, you’ll know how far the fight for LGBT+ rights has come.

These days we have better laws and protections, we see ourselves more in film, on TV, in senior positions at work and most schools have positive attitudes towards LGBT+ inclusion.

Whilst Britain’s laws have changed to aid LGBT+ equality, media is now inclusive of LGBT+ role models and more work is being done in schools to help young people’s perspectives on LGBT issues. How much has it really improved the lives of LGBT+ youth?

LGBT<25 aims to better understand what the needs of LGBT Youth are through a survey. We then hope to increase philanthropy and giving, proactively raise funds and distribute them to LGBT+ projects and initiatives across the UK that support those needs. We are also looking at potentially creating a platform where members of the public can donate, in addition to private fundraising events.

1. Set up a foundation & fundraise
We are in the process of setting up a foundation to distribute money to underfunded relevant charities. The board of trustees will devise a robust application process and charities have been informed that they can apply in 2019. The British LGBT Awards itself is a non-profit organisation, as is LGBT <25. We have raised over £20,000 so far from our art exhibition, which showcased LGBT+ artists. Further fundraising events will be held throughout the coming year. We have a target to raise over £100,000 in the coming year (2019). This money will be pledged directly to help young people in areas which have been outlined from the report and where they need it the most by aligning to existing charities and providing much-needed resource.

2. Produce a survey of Britain’s LGBT+ population of under 25s
British LGBT Awards’ database of those under 25s is now over 130,000, along with the help of the media, Pride and other community organisations and key charities, we aim to better understand the key struggles facing the young LGBT+s.

Topics include:
• Coming out: Do young people still struggle to come out? How much does internal discrimination within the LGBT+ community impact this?
• Technology: online communities, queer apps, social media, engagement with media and queer censorship
• Education, employment and careers
• The future of gender and gender expression, expectations of gender roles
• Well-being, sexual health and dedicated safe spaces
• Viewpoints on a changing society by area, inc. social and political climates

3. Awareness & campaigning
Based on the report, we will carry out further awareness and campaign work where it is needed using the British LGBT Awards platform and collaborating with our celebrity friends, media partnerships and, where necessary, links with Government.

4. Bringing together the LGBT+ community
We are stronger when we are united. We aim to bring together community initiatives, charities and support services together to better understand what will help young people, alongside influencers and young people, which is essential to drive change. 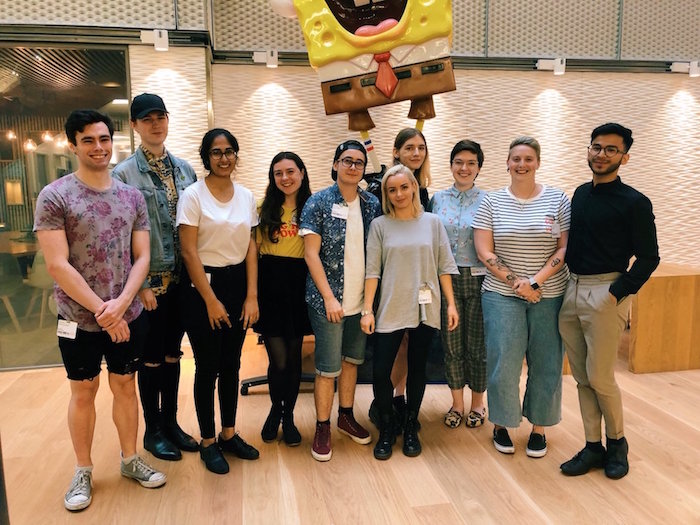 During the latter part of 2018 we interviewed a diverse population of 50 young people who identify as LGBT+ to gather insights on areas where young people struggle and to help shape the survey.

It was also found that young people from different areas throughout the country vary in their struggle to come out. Those who live in more rural areas found it more difficult to be out within their local community.

This initiative is powered by the British LGBT Awards, visit britishlgbtawards.com